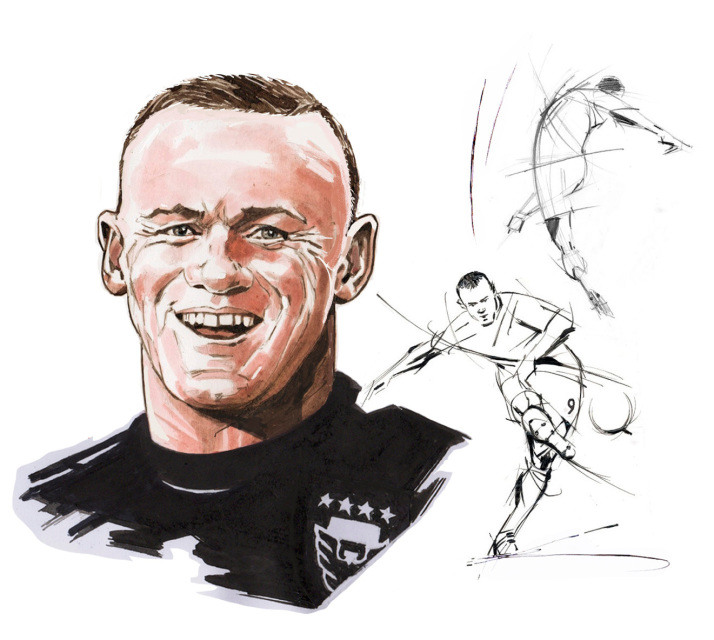 Personally hand signed by TREVILLION, with Certificate of Authenticity

Wayne Rooney was born in Liverpool on the 24th October 1985.  Discovered by an Everton scout at 9 years old, he went on to make his professional debut at the age of 16 against Southampton FC. But in 2004 Rooney joined Manchester United winning 5 Premiership titles, the FA Cup and the Champions League and scoring 253 goals in all competitions becoming United’s all time top goal scorer.

Rooney returned to his boyhood club Everton for the 2017-18 season claiming “I always wore Everton pyjamas!” But in 2018, who had won every major trophy at club level, left the Premiership for MLS team D.C. United. Rooney’s instant dynamic impact and sensational striking form lifted DC United from the bottom of the league to the Play-Offs and firmly established him as an MLS ‘DC ‘hero