THE ARTIST & THE INNOVATOR

The Wall of Memories....

Enjoying the new stadium's wall tribute to the Tottenham Legend. 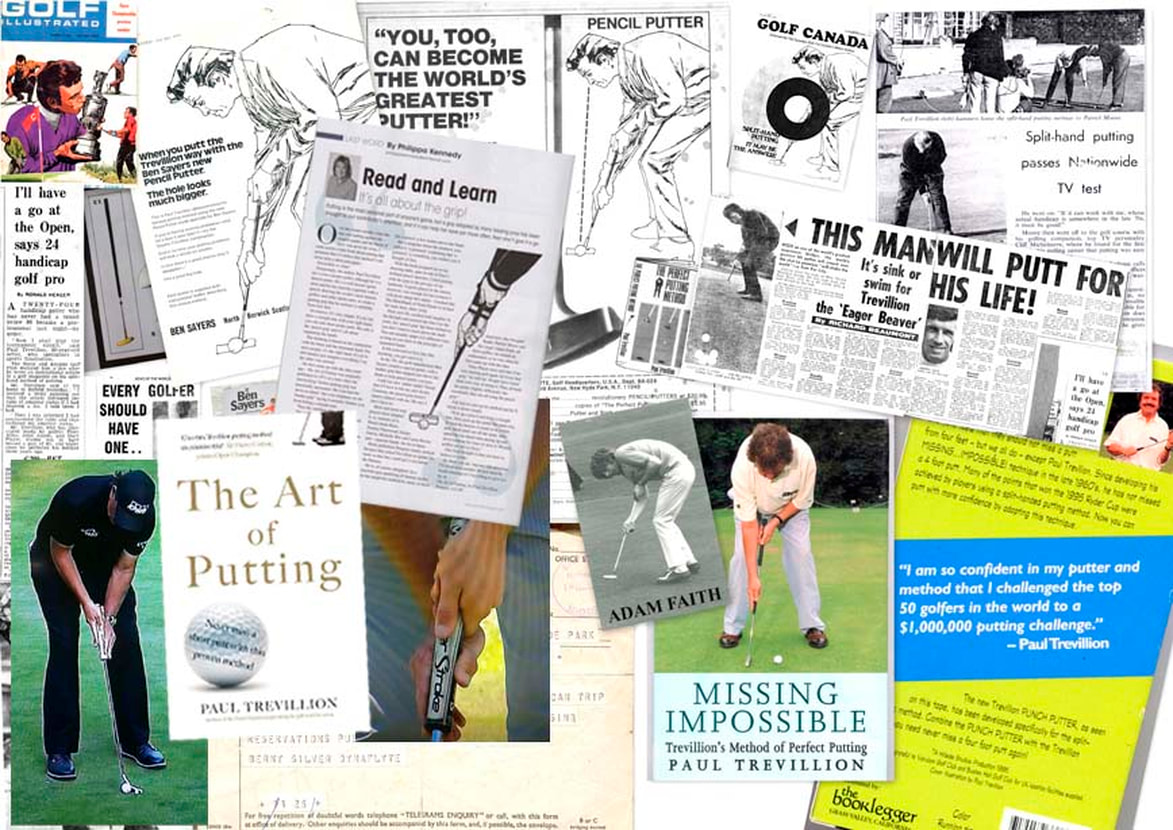 BRANDEN GRACE was the first golfer to shoot 62 in a Major at The Open, Royal Birkdale 2017
TOMMY FLEETWOOD SHOWS THE WAY - CLICK & READ ARTICLE IN NATIONAL CLUB GOLFER MAGAZINE

The only signed portrait of 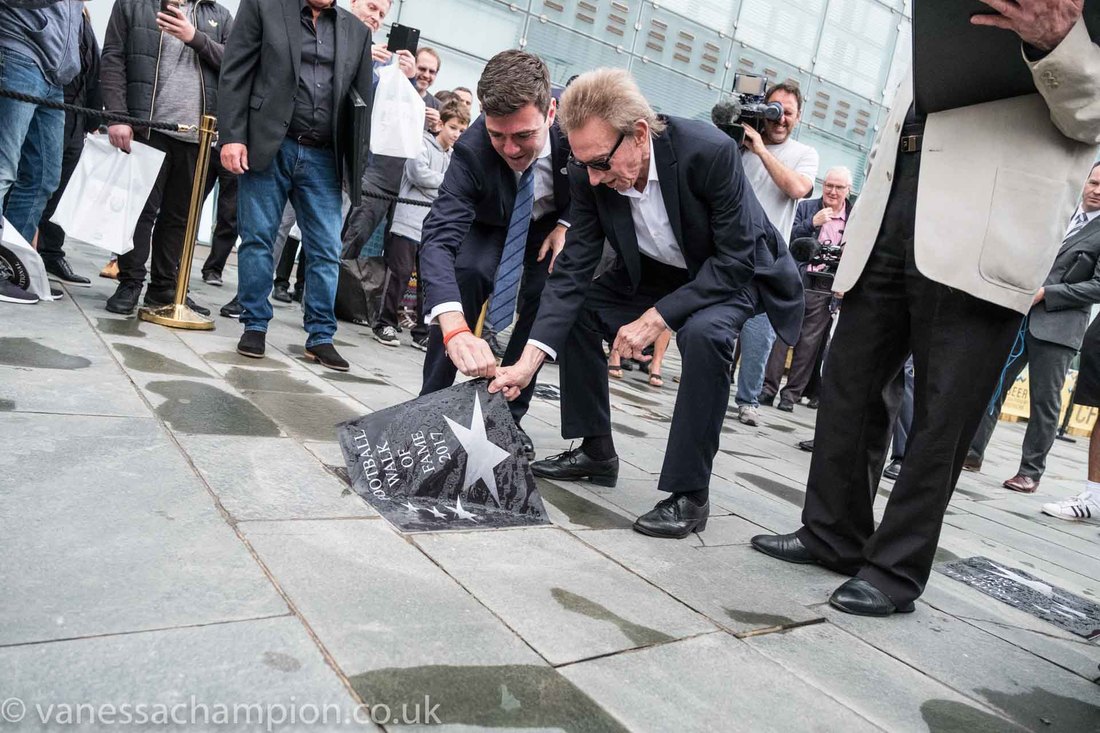 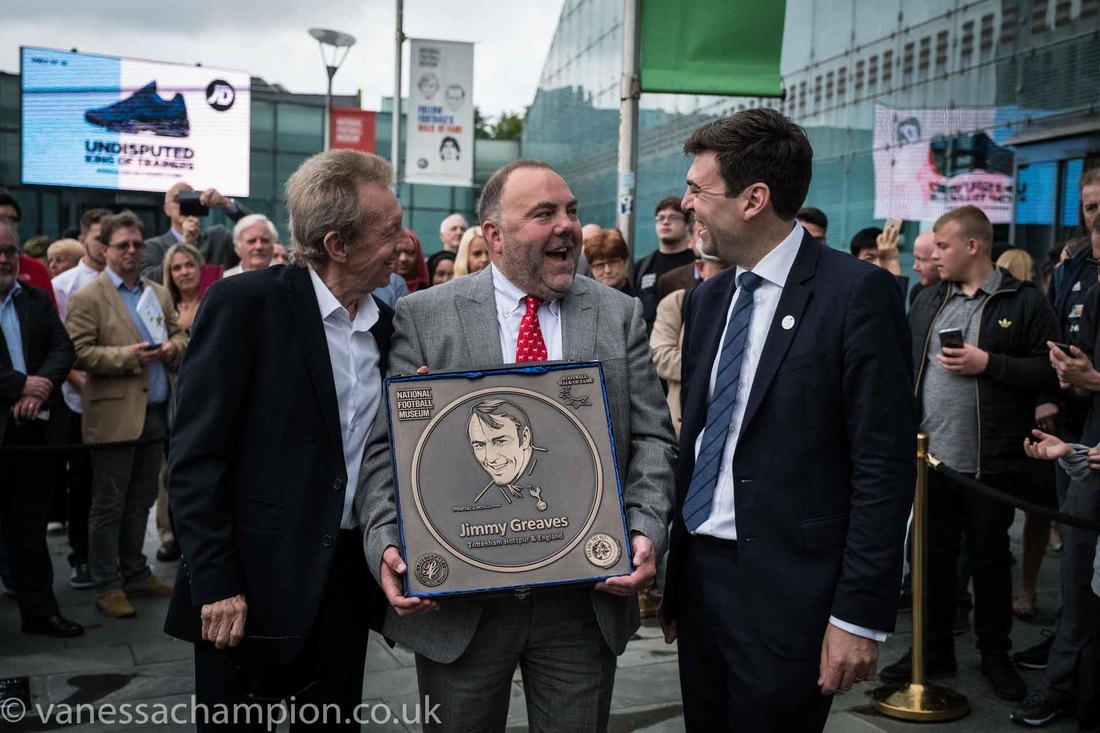 DENIS LAW, ANDY GREAVES (SON OF JIMMY, WHO IS HOLDING A REPLICA RESIN PLAQUE TO TAKE HOME TO JIMMY) & ANDY BURNHAM, MAYOR OF GREATER MANCHESTER SHARING A LAUGH TOGETHER ON A MOMENTOUS DAY. 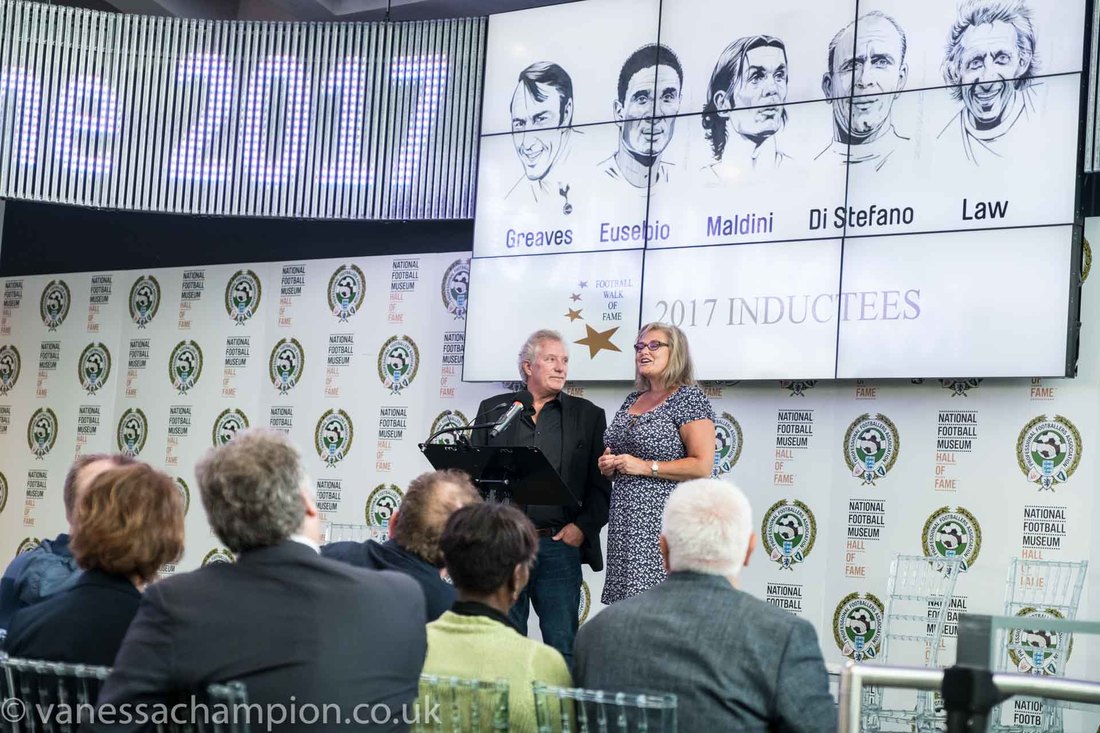 THE FIVE NEW INDUCTEES AT THE NATIONAL FOOTBALL MUSEUM, MANCHESTER:

EUSEBIO
'THE BLACK PEARL' WHO STARRED FOR BENFICA & PORTUGAL;

PAOLO MALDINI,
INTER MILAN & ITALY - ONE OF THE GREATEST DEFENDERS OF ALL TIME; 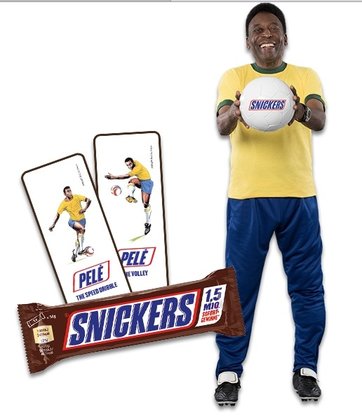 SPECIAL THANKS TO THE MASTER HIMSELF - PELÉ & TO GAVIN KELLY, ANDY CLARE, NOEL BYRNE, JOANNA CAWLEY, AND ALL THE TALENTED CREATIVES  AT IRISH INTERNATIONAL WHO MADE THIS EXCITING PROJECT SUCH A  JOY & PRIVILEGE TO BE PART OF.

Thanks to Donna Cullen, Executive Director of Tottenham Hotspur FC, Trevillion was invited as guest of honour, at White Hart Lane for Tottenham Hotspur v Everton, to celebrate 80 years supporting Spurs at ’The Lane’.

Trevillion saw his first match way back in 1937, when as a three year old he was spellbound by Everton’s Dixie Dean. Tottenham won 4-3, but Trevillion’s only memory is of Dixie Dean!  Fast forward twenty years and Trevillion was privileged to work with his hero Dixie Dean on his illustrated newspaper life story featured in the Liverpool Echo.

A memorable pitch side interview with Paul Miles for Spurs TV and an 80 years Birthday presentation by Tottenham Hotspur Club Ambassador and THFC legend Ledley King  -  a unique gift from all at Tottenham Hotspur -  a match play shirt with TREVILLION'S own squad number ’80' made it a unbelievable Birthday celebration which began with the Sky Sports News interview on loop every hour until kick off, which Trevillion enjoyed in the THFC Boardroom alongside Chairman Daniel Levy, Donna Cullen and Trevillion's guest music composer, David Courtney along with many other distinguished guests. 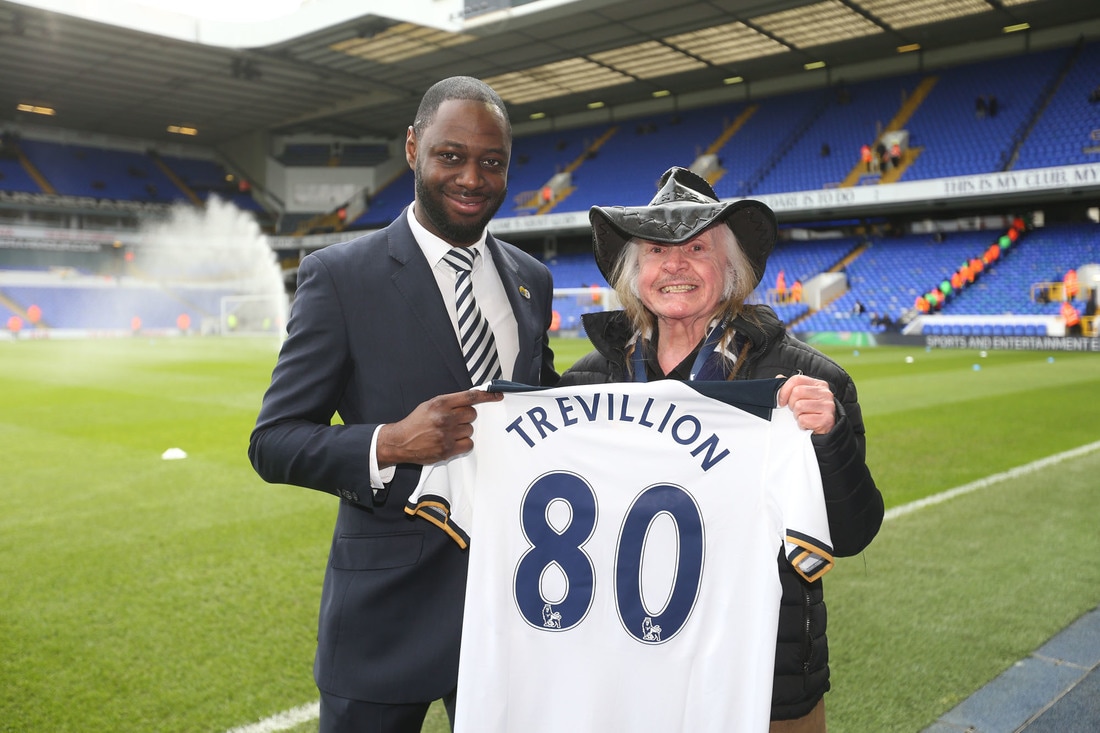 ​History repeated itself.  In 2017, Tottenham Hotspur 80 years on, once again were set to play Everton.  Trevillion enjoyed a thrilling match with two goals from

"Tottenham beat Everton 4-3 the first time I saw the Spurs play", remembered Trevillion, “Only Dixie Dean remains in my memory from that day, but

on Sunday 5th March 2017 every moment of the Spurs v Everton game will remain a MEMORY.  Especially the ROAR OF THE SPURS FANS -  I AM PROUD TO BE ONE OF

THEM CHEERING ON THE TOTTENHAM LEGENDS OF TODAY.  We at Tottenham have a great team to be proud of and a stadium about to dwarf all others!” 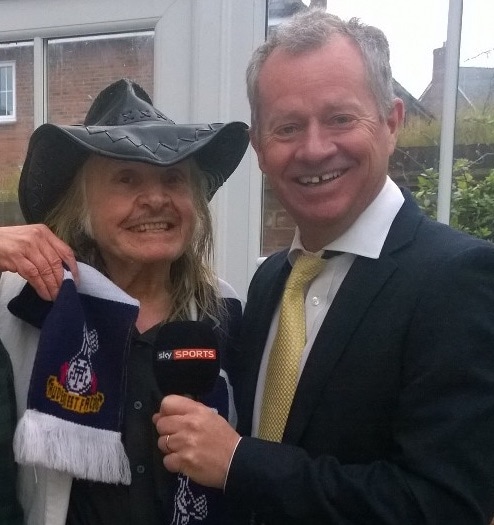 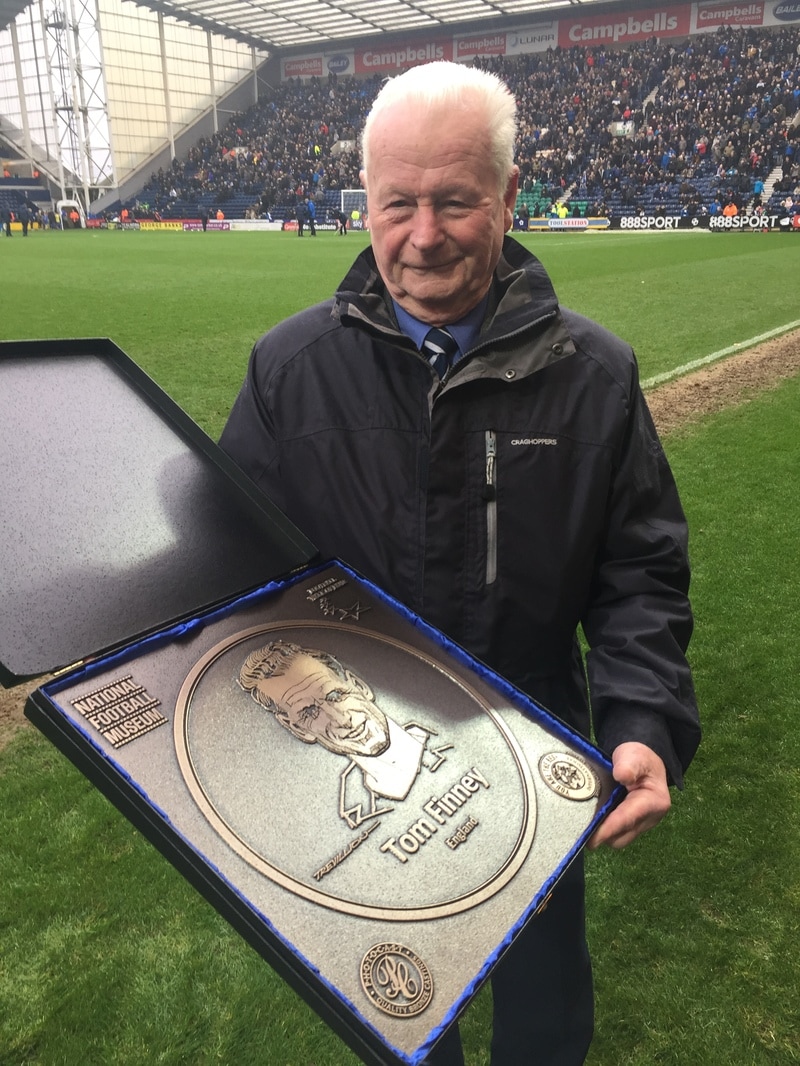 PRESENTS LILY PARR PLAQUE IN HER 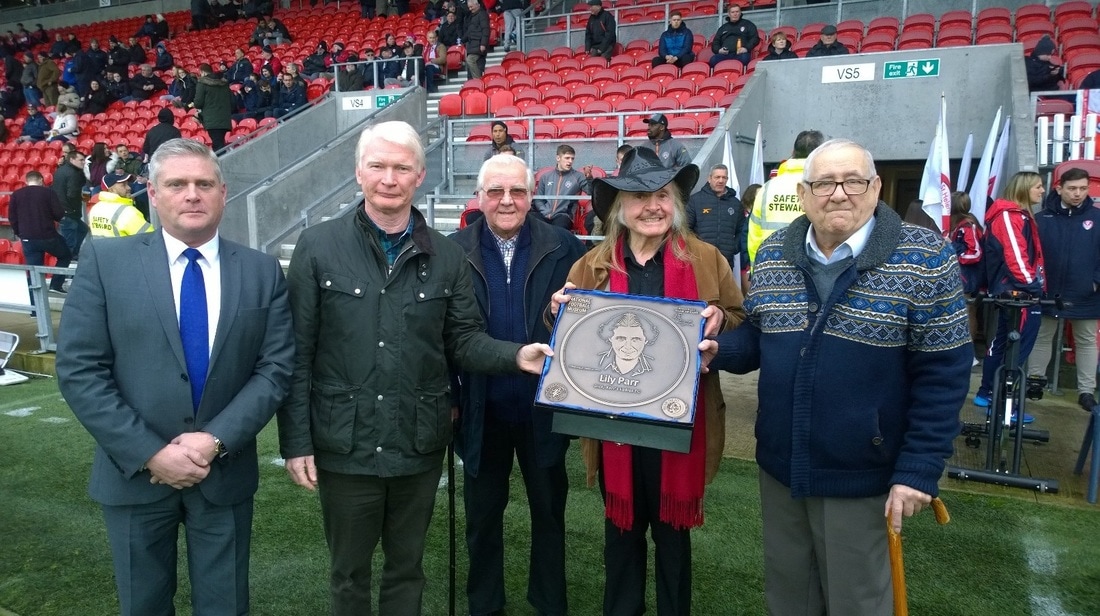 Photo from L to R: Kevin Haygarth (Director of National Football Museum) , Eamonn McManus (Chairman of St. Helens RLFC),
​Roy Culley (Nephew of Lily Parr) Paul Trevillion, Roy Parr (Nephew of Lily Parr)
One of the great pioneers of women's football has been honoured with a special Football Walk of Fame plaque in her home town of St. Helens. Born in Gerrard's bridge in 1905 Lily Parr started her playing career in her home town of St. Helens before transferring to Preston based team Dick Kerr Ladies. In her first season in 1920 at just 14 years old, Lily Parr scored 43 goals for the team! Over her playing career she scored more than 1000 goals and was known for her having a harder shot than any male footballer.

On Sunday 29th of January 2017, members of the National Football Museum, and Paul Trevillion presented Lily Parr's family and St. Helens Rugby League Club with their own Football Walk of Fame Plaque on the St. Helens pitch.

Trevillion said " I was born in 1934 so I was used to hearing people say when they saw a young girl kick a ball, 'Who do you want to be, another Lily Parr?'  It came as no surprise, when the two nephews told me that when Lily Parr was in the USA taking a penalty, the goalkeeper, a big man, laughed. The ball went into the net and the goalkeeper finished up with a broken arm. True story! They also told me that the legendary Manchester Utd manager Matt Busby said, "If they allowed women to play football, I would have selected Lily Parr for every team."
​I was delighted when the two nephews, said I had captured Lily 'in action' in my painting (pictured above) which I presented to them in the St. Helens boardroom before St Helens Pre Season Friendly Match against Castleford Tigers. I must say that for one who enjoys a good Sunday lunch, I have never enjoyed one more than the one on my plate on Sunday in the St. Helens board room. Gordon Ramsay would have been proud to have served it! 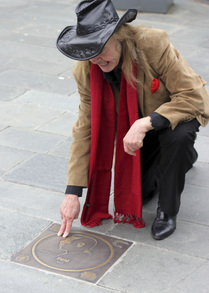 For further details on the first FOOTBALL WALK OF FAME at the National Football Museum please visit my 'Football Walk of Fame' page, or : www.nationalfootballmuseum.com
​ 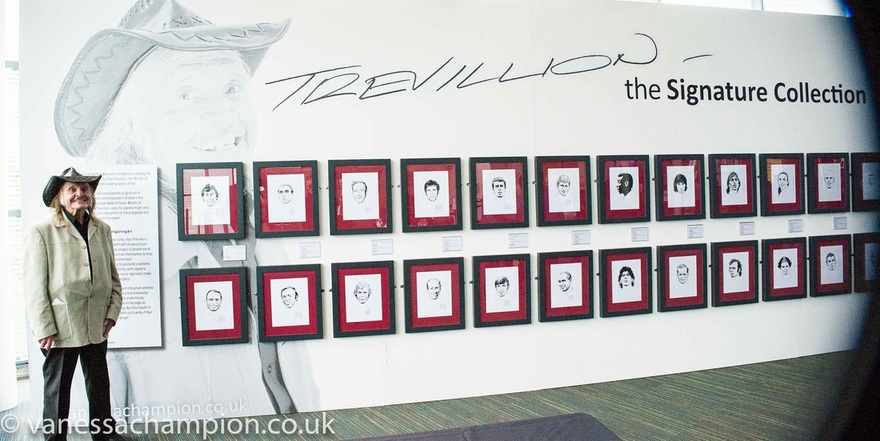