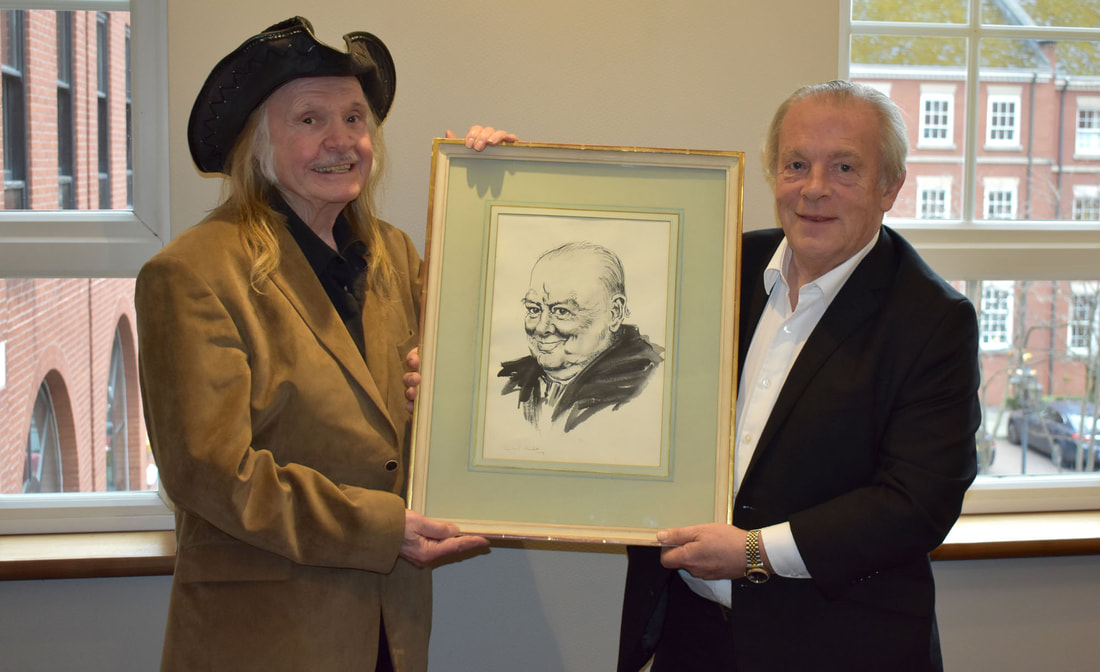 SIGNED PORTRAIT ON LOAN AT THE PROFESSIONAL FOOTBALLERS ASSOCIATION

A 16 page full colour booklet with the full and fascinating story of The Only Signed Sir Winston Churchill painting was produced by Dr Kevin Moore, former Director of the National Football Museum for the launch of the paintings exhibition at the NFM.  The booklet is available to view by request, please contact: info@paultrevillion.com 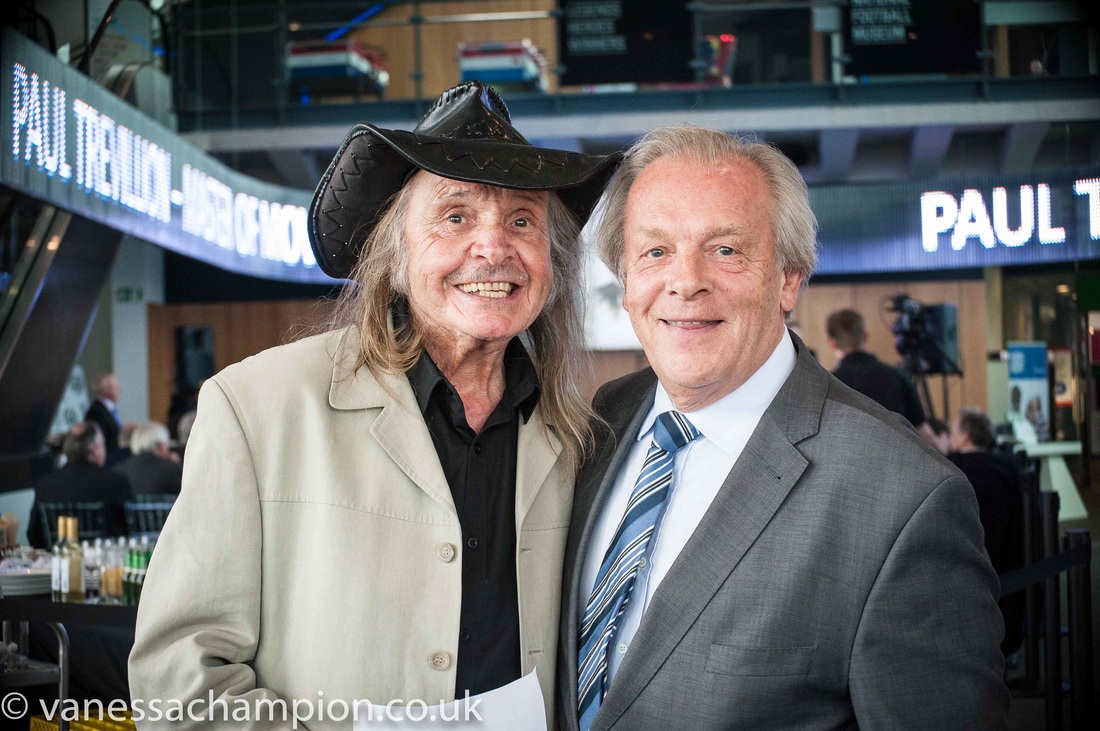 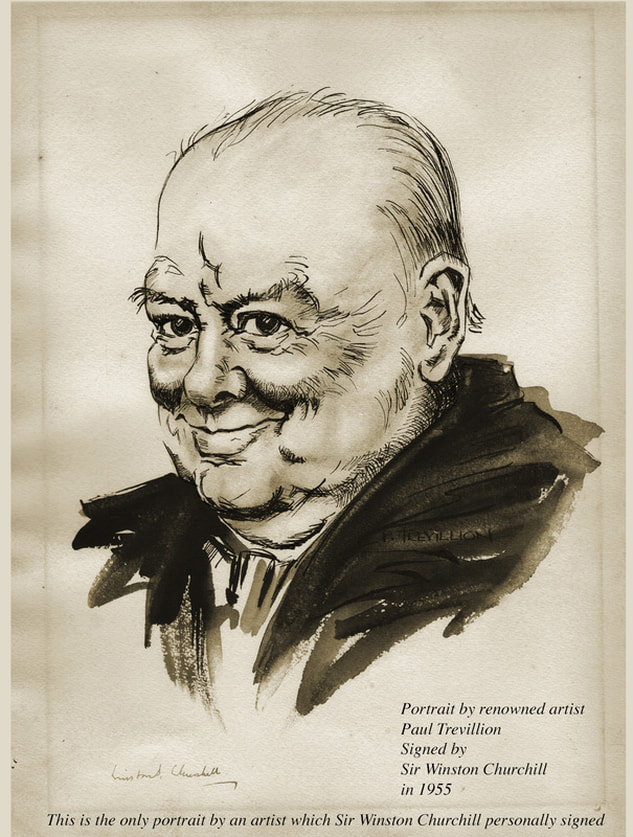 .
​
In 1955 at the age of 21, London artist, Paul Trevillion was commissioned to paint a portrait of Sir Winston Churchill in celebration of the great

statesman's 81st birthday.  A painting of national and historical value, which Sir Winston Churchill liked and personally signed when the artist was

summoned to meet Churchill in 1955 "You have captured the twinkle in my eye!", and today it remains the only signed Sir Winston Churchill portrait

in existence in the world.  Trevillion was five years old when war was declared in 1939, remaining in London with his family throughout World War II

- the painting captures the warmth, energy of character and 'Never Give Up' spirit of our Greatest Statesman - which gave the young Trevillion and

​the the British citizens hope and confidence that Churchill would save the nation.  It is truly ONE OF A KIND.

In 1954, it was a very different story... a painting of Churchill by acclaimed artist, Graham Sutherland was presented to Churchill on the occasion of

his 80th birthday - Sir Winston Churchill however disliked it so much, he commented 'It makes me look half witted, which I ain't!'  The painting was

taken to 'Chartwell' but was not put on display.   On Churchill's death his wife Clementine ensured the painting was destroyed.

It appears an injustice that the paintings of Sir Winston Churchill which Britain's former Prime Minister disliked so much, are hung so proudly in the

National Portrait Gallery, and yet the painting by Trevillion - a boy who lived through the London Blitz - a painting which the great man so liked

because it captured Churchill's mischievous twinkle in the eye and that NEVER GIVE UP spirit -  remains in the shadows.  In 2016 the National Portrait

Gallery, were offered the opportunity of displaying this historically important painting, but declined.


​Trevillion now at 87 years of age has seen the painting in the hands of Sir Winston Churchill, Bernard Sunley, the National Football Museum, Gordon

Taylor of the Professional Footballers' Association...and now it is time for the next stage in the journey of this iconic, historic painting by a Boy from

Watch the video of the unveiling of
Trevillion's Churchill portrait .