Paul Trevillion Official Website
This is the first instalment of Trevillion Talks, a biographic, which will chart the life of the man who has been described as a modern day Walter Mitty.
​                  THE BEGINNING…
​ 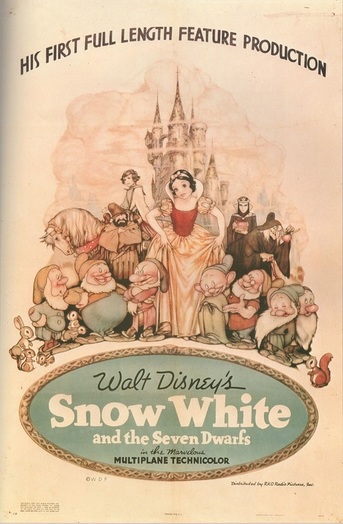 ​I was born in 1934.  Age 18 months sitting in my highchair, having eaten my dinner, my mother noticed I always with my fingers played with any gravy leftover on my dinner plate.  At first my mother repeatedly attempted to persuade me from doing this, until the day she began to recognise shapes I had created in the leftover gravy,  resembled  a dog, possibly a cat!  We had both of these loveable animals as pets.

When my mother told my father of her discovery, his first words were ‘”Let’s give Paul a pencil and some paper”  This they did, and I immediately began to draw our pet dog and cat.

“We have an artist!” smiled my mother, and my father agreed.

The pencil became my constant companion.  I would draw all day, then every night I took the pencil to my bed and slept with it under my pillow.  No more need for cuddly teddy bears!

I never played with toys or looked at books.  I was always busy drawing my dog, cat or the milkman’s horse.  At times my mother would try and encourage me to draw a bowl of fruit or a vase of flowers, but STILL LIFE objects did not excite me.  I loved drawing the MOVEMENT I saw in animals.

In 1939 aged five, I was taken to the local Regal Cinema to see Walt Disney’s ‘Snow White and the Seven Dwarfs’.  For the first time at the cinema when watching a film I did not eat my ice cream, which I was holding.  I was too occupied watching drawings of real people, animals and dwarfs that MOVED.

I spent the next day drawing the seven dwarfs over and over again as best as I could remember from looking at the film.  By the end of the week I was happy with my drawings of the seven dwarfs, especially my favourite ‘Dopey’, but I knew they could be better.

So I decided I would go back to the cinema and remove the cinema poster advertising Snow White and the Seven Dwarfs from the wall and use it to help me with my drawings.

“Do you need any help?” It was a voice I heard as I desperately but unsuccessfully tried with my penknife to remove the poster from the wall.

“Yes” I replied, as I looked up - at a policeman!  With his hands on his hips he looked down at me!

“Who do you think you are, tearing down posters from off a wall?”

My first thought was to make a run for it.  But I so wanted the poster I heard myself replying,  “I’m an artist, I draw the seven dwarfs.  I need the poster to help me.”

The policeman put his hand in his pocket and took out his note book and pencil, handed them to me and said “SHOW ME!”  I immediately drew Dopey followed by Happy.

“Can you draw all seven?” asked the policeman.

“Yes, and I will if you,”  (I said handing him my penknife)  “…finish taking down the poster!”

By the time I had added the other five drawings into the policeman’s notebook, the poster was down.

I thanked the policeman, put the poster under my arm, raced home and told my mum and dad what had happened, when they wondered how I had managed to get the Snow White and the Seven Dwarfs poster.

My father owned a small grocer’s store in High Road, Tottenham, London – and he put my drawings of the dwarfs on display in his store for his customers to see and hopefully enjoy.

In a matter of days I had become a professional artist.  My drawings of the dwarfs – especially Dopey – were being sold by my father to his customers for the grand sum of ONE PENNY each!

Dopey became my party piece.  I continued to draw Dopey until the year 1993 when I was in America working with Pele and an artist by the name of Milt Neil, on a USA World Cup animated film.  Milt Neil was a veteran Disney animation artist who had worked on the film ‘Snow White and the Seven Dwarfs’.

One day I told Milt I believed I could draw Dopey just about as good as it gets.  “SHOW ME!” said Milt.  I did, and Milt laughed, then quickly drew three circles.  Then adding a few lines, the Dopey Milt had just drawn on the paper looked straight back at me.  Milt’s Dopey was ALIVE.  I have never drawn Dopey since! 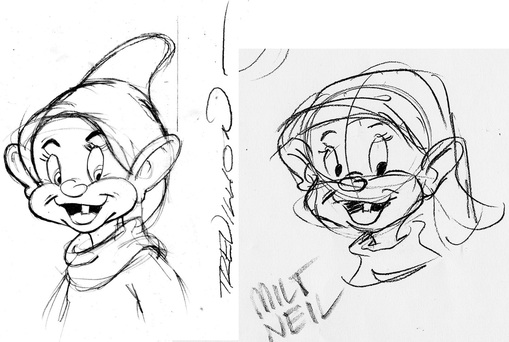