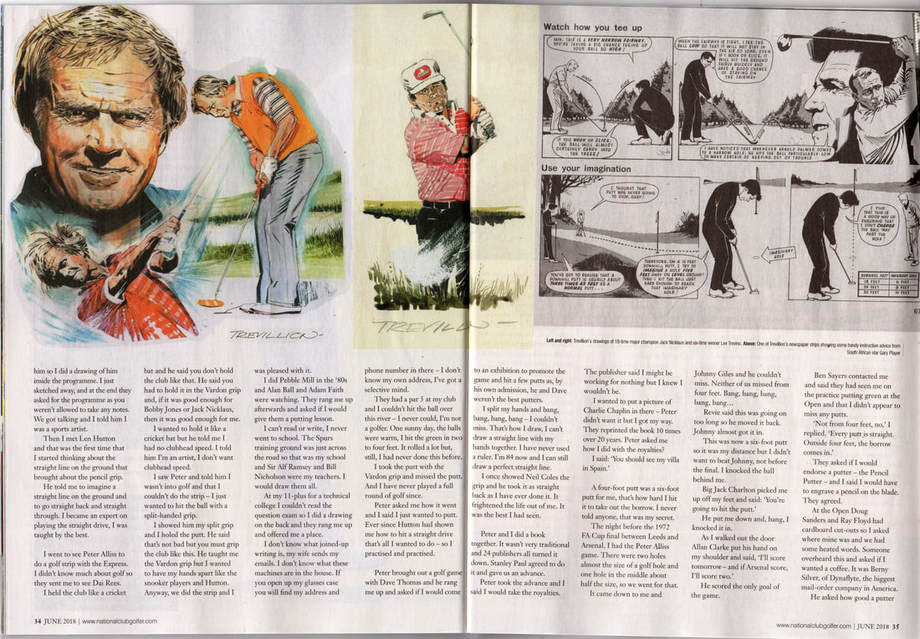 THE HISTORY OF THE

​PAUL TREVILLION, who toured America in the early 1970’s with his 'SPLIT HAND' PUTTING PENCIL GRIP method, always issued the warning before his many putting contests…

Says Trevillion, "An Artist never gets the YIPS.  I aim at the hole and draw a STRAIGHT LINE.  Too often on TV you hear, ‘HE PUSHED THE PUTT’… AN ARTIST NEVER PUSHES A PENCIL."

Despite much resistance from those loyal to the ‘Traditional’ method of putting, Trevillion’s Split Hand Method was not denounced by those with a voice worth listening to, such as…

Henry Longhurst , The Voice of Golf…“The extended right arm is one of the secrets of putting.”

Sir Patrick Moore, Astronomer & television presenter…‘I have never drawn a straight line so well as with this Trevillion Split Hand Putting method.  I might well give up putting and concentrate on painting!’

The 2015 British Open at St Andrews, in his final farewell to golf, Sir Nick Faldo split his hands and used the PENCIL GRIP.  Sir Nick carded a 71 - saying “Today, I’m not even a part time golfer”.  Who knows, if he had used the method earlier in his career, how many more Majors SIR NICK might have won?

Change was inevitable. With the banning of anchoring the putter to the body, effectively discontinuing the popular long putter, the Trevillion Split Hand Putting, PENCIL GRIP has rapidly gained worldwide popularity with professional tour golfers and amateurs alike who understand the benefits of a method which in the 1970's labelled Trevillion the 'Putter Nutter'.  FIFTY YEARS ON, and his revolutionary Pencil Grip putting method is proving the winning technique on the USPGA, the European PGA Tour and in majors.

Paul Trevillion’s books on putting have been published in the UK and USA, including ‘The Perfect Putting Method’ (Winchester Press, New York), ‘All About Putting’ (Golf Digest), ‘Missing Impossible’ (Michael Joseph).  In 1995 a video/DVD of the same name was also produced by Booklegger,
AND NOW IN 2018 when the PENCIL GRIP
is taking the golf world by storm,
'THE ART OF PUTTING'
ANSWERS THE PUTTING GRIP QUESTIONS YOU WANTED TO ASK, AND MAYBE SOME YOU HADN'T EVEN THOUGHT OF... 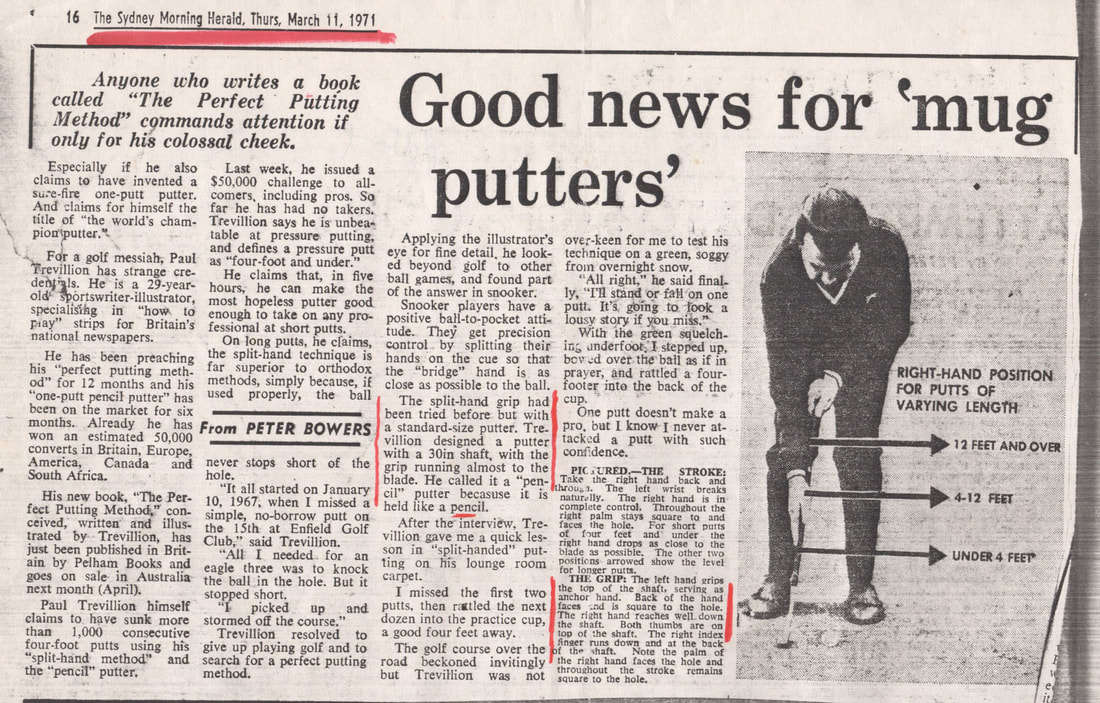